How falling in love can help you learn a language

Settling for German, the pair attempt the first words of their fledgling romance in a foreign tongue. Three months later they are engaged and 46 years on from that, children, grandchildren – and some English lessons later – they’re still together.

Language, in delineating a boundary that can be transgressed, is full of romantic potential – Lauren Collins

Carol and Chedly Mahfoudh’s story is just one of countless others: couples who met, fell in love and forged a relationship despite linguistic and cultural hurdles. “Language, in delineating a boundary that can be transgressed, is full of romantic potential”, writes The New Yorker’s Lauren Collins, whose own adventures in bilingualism feature in her new book When in French: Love in a Second Language, which is in equal parts humorous memoir, love story and serious exploration of the relationship between language and thought.

Although US-born Collins and her French husband Olivier spent their early years as a couple conversing in English, they couldn’t in his native language. “We didn’t possess that easy shorthand, encoding all manner of attitudes and assumptions, by which some people seem able, almost telepathically, to make themselves mutually known” Collins writes. After a particularly tricky discussion, in which they each painstakingly seek to clarify what the other means, Olivier complains, “Talking to you in English is like touching you with gloves.”

“That really crystallised the distance that I would always have to live with if I didn’t learn his language”, Collins tells BBC Culture. “I think we all have these intentions and fantasies about learning a language but it’s a really hard thing to do unless you have a real burning reason,” she continues.

Spurred on by a desire to find a deeper connection with her partner, Lauren sets about learning French. She seizes the challenge with gusto – but learning a new language while immersing oneself in an alien culture has its pitfalls (mistakenly telling Olivier’s mother that she’d given birth to the coffee pot is one example) and its frustrations. “My efforts at French leave me feeling at once inert and exhausted, as though I’ve been dog-paddling in a pool of standing water,” she writes.

Lauren Collins isn’t alone in that experience. “I found it really frustrating and I remember feeling like my tongue hurt, getting my tongue and my mouth around different vowels”, is how Anna Irvin, who moved to Paris in 2011 to live with her French partner Christophe Sigal, recalls the experience, at first, of speaking French all day long.

Both Anna and Christophe describe the process of learning a language as a continual discussion and discovery that unfolded in tandem with their relationship, one that required patience, reliance and dogged determination. For Anna it’s meant trusting Christophe to reveal the important distinction between dégoûtant and dégueulasse; for Christophe it’s figuring out the difference between the English ‘it’s ridiculous’ and the French c’est ridicule. (The latter, in both cases, is far ruder.)

And understanding a partner’s unfamiliar cultural background adds an extra layer of complexity to language learning. “Because I’m from a village in the countryside in the south of France,” says Christophe, “it’s not just the language it’s the politics that are different.”

This is also characteristic of Carol and Chedly Mahfoudh’s nearly half-a-century-long marriage. Negotiating cultural differences has proven a balancing act for both. “For us and any other couple from a mixed marriage you are having to work that wee bit harder the whole time to understand the mentality” Carol says, then continues, with a laugh: “I’m never quite certain whether I am pissed off with him because he’s Tunisian, because he’s French, because he’s a man… or whether just because he’s old!”

As you might expect, these difficulties come to the fore in arguments between bilingual couples. “That’s the time when it really comes out, what you can and can’t express, because it matters, words matter so much in that situation,” Anna Irvin says.

Dr Aneta Pavlenko, Professor of Applied Linguistics at Temple University, who has conducted research into emotions including anger in bilingual relationships, agrees. “Differences become particularly acute during arguments, because arguments are the time when you have the least control of your language but at the same time you need most to express your emotions,” she says.

Even the way different cultures perceive anger can affect arguments, Pavlenko, a native Russian speaker, continues. “English-language scholars often treat anger as a universal concept, but, as a Russian speaker coming to this culture, it was at first hard for me to understand exactly, because in Russia we make somewhat different distinctions. I found the gap between English anger and the two Russian concepts, serdit'sia (to be cross at someone) and zlit'sia (to be angry, irritated with someone) somewhat difficult to navigate at first. The way psychologists explain this is that situations trigger certain feelings in us, but the way we name these experiences differs depending on our native languages.”

This means than in an argument, every word counts – which has a surprising upside, Anna Irvin explains. “It slows everything down” she says. “But I think that actually that can lead to a more solid basis,” she says. “It forces you to be more careful about the way you speak and what you say and how you say it”.

“It felt good to touch Olivier in his own language – to be able to push his buttons, graze his pleasure points”, Lauren Collins writes, after gaining fluency in her partner’s language brings her closer to him. And an understanding of the French language, and the importance it gives to the separation of formal and informal addresses, helps her unpick some of her own misunderstandings of his attitudes. “I had once interpreted Olivier’s reticence as pessimism, but I now saw the deep romanticism, the hopefulness, of not wanting to overstate or to overpromise”, she writes.

But the process of learning a second language – similar perhaps to acquiring any new skill, like taking up a musical instrument or painting – led Lauren to an epiphany of sorts.  Although the catalyst for her to learn a new language was love for her partner, it did far more, opening her up to new experiences   ̶  and perspectives. “French became this parallel love affair for me” she says. As she writes early on in the book, “I have no way of foreseeing that French will reshape the contours of my relationships, that I won’t always consider people intimates until proven not to be.” This shift intrigues her: can learning a new language really change the way we think?

The idea that thought is affected by language - known as linguistic relativism and determinism - gained popularity in the mid-20th Century with the Sapir-Whorf hypothesis. Human beings “are very much at the mercy of the particular language which has become the medium of expression for their society,” writes Sapir. This theory has since been largely undermined: Noam Chomsky’s theory of universalism used the fact that children are able to learn any language with the same ease to disprove it, while the linguist and cognitive scientist Steven Pinker expanded on Chomsky in The Language Instinct (1994), stating that language was an innate rather than cultural faculty of the brain.

Untranslatable words don’t mean that we view the world in radically different ways, rather we place a slightly different emphasis on things

But in recent years, a more pared-back version of linguistic relativism, called 'neo-Whorfianism', has been met – in some scientific circles – with a warmer reception. So rather than believing that untranslatable words – like Kummerspeck and hygge – mean that we view the world in radically different ways, rather we place a slightly different emphasis on things depending on the language we are speaking, where we speak it and to whom.

It is even the rather unlikely basis for the current movie blockbuster, Arrival, which stars Amy Adams as Dr Louise Banks, a linguist brought in by the US military to decipher the language of mysterious aliens who have landed on Earth. These extra-terrestrial ‘heptapods’ communicate in a language that means they perceive time in a completely non-linear way.

Arrival’s script was adapted from a short story by Ted Chiang, Story of Your Life. In this passage, Louise describes how learning Heptapod B (the aliens’ written language) alters her perception of time and memory:“Before I learned how to think in Heptapod B, my memories grew like a column of cigarette ash, laid down by the infinitesimal sliver of combustion that was my consciousness, marking the sequential present. After I learned Heptapod B, new memories fell into place like gigantic blocks, each one measuring years in duration”.

Chiang’s story does not offer a prescriptive determinist view, but suggests nevertheless that languages (even alien ones) influence thought. “My mind was cast in the mold of human, sequential languages, and no amount of immersion in an alien language can completely reshape it. My worldview is an amalgam of human and heptapod”, Louise says.

And although many linguists are sceptical on the matter, bilinguals often report that their personality is affected by the language they are speaking – often expressing a sense of freedom in their non-native tongue. “For languages that are learned later in life, in teenage years, in adulthood, we don’t have the same emotional connection to the particular emotional aspects of the languages, like taboo words,” explains Aneta Pavlenko. “So it’s easier to swear in a second language, it’s easier to say ‘I love you’ in a second language even if you cannot say so in your first language.”

Lauren Collins sympathises with the neo-Whorfian view to a point. Her experience of learning a second language as an adult opened her up to a different view of the world – a less radical change, but comparable to how Louise, in Arrival, becomes aware of a new perception of time through a certain linguistic empathy. It’s a subtle difference: “it’s not what you may do in a language,” explains Collins, “it’s what you must do”.

Collins’ book is an incredibly appealing and persuasive argument for learning a partner’s language – or any language for that matter. But for couples in bilingual relationships, there’s no right or wrong way, says Pavlenko. “I think people find happiness in different ways… I would never say that this is a recipe for happiness. I myself am married to an English-speaking American who knows only a few Russian words and we have been delightfully happy for 20 years!”

But according to Collins, for those willing to try it, there could be a surprising outcome. “I felt there was this secret part of Olivier that I would never get to know if I didn’t speak his language but the great surprise, the great joy of learning French has been that there was a secret part of me too, or maybe not a secret part maybe it’s just a new part. Maybe French created it.” 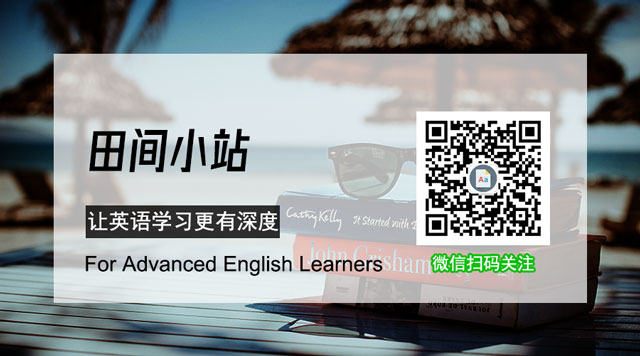