You went to the butcher's for meat, the pharmacy for aspirin, and the grocery store for food. But when I spent the summer with my Grandmother in Warwick, N.Y., she sent me down to the general store with a list. How could I hope to find anything on the packed, jumbled shelves around me?

I walked up to the counter. Behind it was a lady like no one I'd ever seen. Fake-jewel-encrusted glasses teetered on the tip of her nose, gray hair was piled on her head.

"You're that Clements kid," she said. "I'm Miss Bee. Come closer and let me get a look at you." She pushed her glasses up her nose. "I want to be able to describe you to the sheriff if something goes missing from the store."

"I'm not a thief!" I was shocked. I was seven year too young to be a thief!

"From what I can see you're not much of anything. But I can tell you've got potential." She went back to reading her newspaper.

"I need to get these." I said, holding up my list.

"So? Go get them." Miss Bee pointed to a sign on the screen door. "There's no one here except you and me and I’m not your servant, so I suggest you get yourself a basket from that pile over there and start filling. If you're lucky you'll be home by sundown." 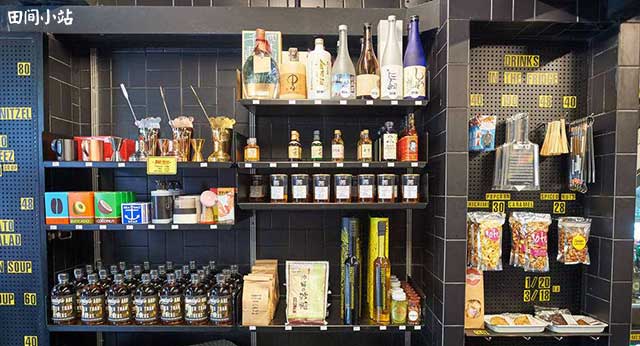 Sundown was five hours away. I wasn't sure I would make it.

I scanned the nearest shelf for the first item on my list: pork and beans. It took me three wall-to-wall searches before I found a can nestled between boxes of cereal and bread. Next up was toilet paper, found under the daily newspaper. Band-Aids—where had I seen them? Oh, ye next to the face cream. The store was a puzzle, but it held some surprises too. I found a new Superman comic tucked behind the peanut butter.

I visited Miss Bee a couple of times a week that summer. Sometimes she short-changed me. Other times she overcharged. Or sold me an old newspaper instead of one that was current. Going to the store was more like going into battle. I left my Grandma's house armed with my list—memorized to the letter—and marched into Miss Bee's like General Patton marching into North Africa.

"That can of beans is only twenty-nine cents!" I corrected her one afternoon. I had watched the numbers change on the cash register closely, and Miss Bee had added 35 cents. She didn't seem embarrassed that I had caught her overcharging. She just looked at me over her glasses and fixed the price.

Not that she ever let me declare victory. All summer long she found ways to trip me up. No sooner had I learned how to pronounce bicarbonate of soda and memorized its location on the shelf, than Miss Bee rearranged the shelves and made me hunt for it all over again. By summer's end the shopping trip that had once taken me an hour was done in 15 minutes. The morning I was to return to Brooklyn, I stopped in to get a packet of gum.

"All right, Miss Potential," she said. "What did you learn this summer?" That you're a meany! I pressed my lips together. To my amazement, Miss Bee laughed. "I know what you think of me," she said. "Well, here's a news flash: I don't care! Each of us is put on this earth for a reason. I believe my job is to teach every child I meet ten life lessons to help them. Think what you will, Miss Potential, but when you get older you'll be glad our paths crossed!" Glad I met Miss Bee? Ha! The idea was absurd...

Until one day my daughter came to me with homework troubles.

"It's too hard," she said. "Could you finish my math problems for me?"

"If I do it for you how will you ever learn to do it yourself?" I said. Suddenly, I was back at that general store where I had learned the hard way to tally up my bill along with the cashier. Had I ever been overcharged since?

As my daughter went back to her homework, I wondered: Had Miss Bee really taught me something all those years ago? I took out some scrap paper and started writing.

Sure enough, I had learned ten life lessons:

2. Never assume—things aren't always the same as they were yesterday.

3. Life is full of surprises.

4. Speak up and ask questions.

5. Don't expect to be bailed out of a predicament.

7. Don't be so quick to judge other people.

8. Try my best, even when the task seems beyond me.

10. The best teachers aren't only in school.